Getting Physical or Going Digital? The Two Sides of Music Publishing 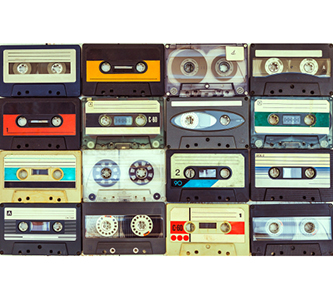 Your friend tells you that you are gonna love this new song he taped from the radio, and passes you a copy. No, but seriously;

Where do people get their music?

The Listener goes into a record store, talks with the fellow shop owner, asks about that new album that is released the other day. She tells her that the new release is sold out but that she put aside one album in the LP format, having had the The Listener in mind.

The Listener walks across the street as your soon-to-be-fan, she hears you busking your beautiful music. She might not want to interrupt the flow, or might be too shy to start a chat with you between songs. The only way to have your music at hand for her is to get your CD with your latest released single in it.

At a festival, where there are hundreds of new bands blossoming, The Listener likes you the most, especially with that eye-candy album art of yours. Conscious fans will most likely prefer to support you by buying your physical music album rather than paying you 1 buck or 0.0000017 cents per listening via major music streaming platforms.

Your manager scored a nice record label, now your album has a place in the isles of a chain store that has huge shops in malls. The Listener is hearing some music in the background, waiting for the movie in the cinema next door to announce the last call and he is browsing the CDs almost in idle mode. One of the covers reminded him of something, something he can’t put his finger on, but its so attractive that he grabbed the album and flipped to look at its back side. You have him.

Still, since copying casette tapes for sure our society has changed. If not changed the old habits, it certainly gained new ones. Many people live with the feeling that every wish is a mouse click away. The ability to instantaneously acquire anything re-shaped the way the listeners consume music. According to the industry leaders, music streaming market has grown so much in the last years that it is surpassing the sales of physical copies. Also according to them, the consumers were in need of such service they provide.

We were, indeed, in need. Musical identity had developed to an extend that your collection is not made out of one genre or few bands or orchestras anymore, you don’t have to wait two years for your favorite band to release the new album. You and everyone else are motivated to discover new music, every single week. And the musicians are motivated to release singles, collections, live shows to stay active and be visible at all times. Between years-lasting productions of new work, not just the recently found ones but the most world famous bands are busy reaching out for more audience.

The new releases count is rising every year, which means owning every single music of interest in the house from the past 10 years in physical format would require more space than the good old CD shelves that are limited to 50, maybe a 100 CDs. Many record stores were motivated/pushed to change the way they run their business. No longer is the record store the one and only place where you could access your favorite music. Nowadays most stores rebrand themselves as the place where you mostly go to obtain that very special item for your unique collection of CDs, LPs, and cassettes.

More than ever, physical albums are becoming treasured artifacts not because listeners get them due to the fact that it’s the only way to listen to the music, but because LPs and CDs serve as symbols of identity. You only own the music that is really special to you, the one that represents you.

AlbumCoverZone is building the largest collection of album covers in response to the online streaming market, where the market is fast and vast, but we also offer the formats for physical publishing. You can contact us to have an album cover based on the front cover you choose and our team of designers get down to business so that we can complete your booklet, CD label, back and side included album cover design.

Our cover designs are the face of numerous artists that are making their career in the online market, but they also belong to the private album collections in living rooms, for proud listeners to show their identity.