On Alex Steinweiss and the Short History of Album Cover Art 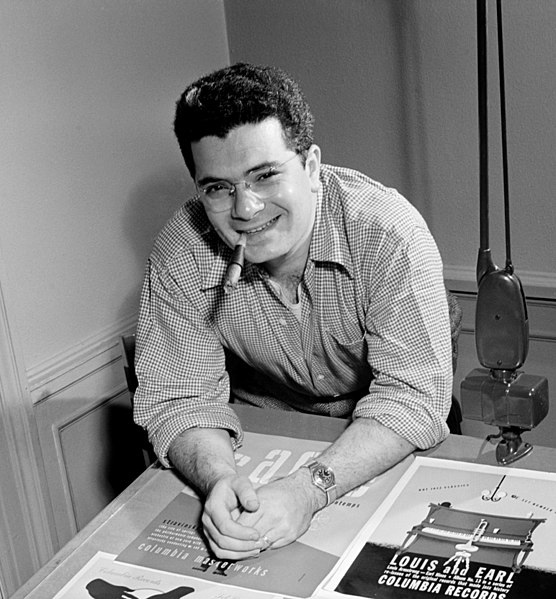 Music was never directly associated (if not recommended by the composer) with visual arts for many centuries. Although this could hint the idea of “music has an abstract meaning”, the actuality was that music was never associated in circumstances where the musician was not visible either. Experiencing music meant seeing the creators of it, being in the same room with them; being an audience was an experience as visible as it was audible.

Yet, while the history of visual arts goes way way back, and even the history of advertisement goes a little way back, album cover design has a relatively short history. Starting no longer than 80 years ago with its invention, credited to the graphic design artist Alex Steinweiss (March 24, 1917 - July 17, 2011).

Recording industries brought music to an abstract field, where the audience didn’t need the musician at hand to hear the music. This created a gap that needed to be filled, where the music needed to be represented by a still image to describe to the audience what they were about to listen. Before the recording technologies, this was done by the costumes of the musicians, the decoration of the hall, the decor of the stage, but now we needed all that info in one square the size of an LP. But this was discovered much later on!

When disc records replaced the phonograph cylinder around 1910, they were usually sold in plain brown paper or in cardboard sleeves, at most they would have printed the producer or retailer’s name -and that was it. Only about three decades later, in 1938, when Alex Steinweiss was assigned as the first art director to the Columbia Records, began the adventurous history of the album covers and a new field of illustration was created - the album cover art.

Alex Steinweiss’ album designing career counts with a rough amount of 2.500 covers. He first began working for Columbia records, but designed later for other record labels such as Decca and London Records.

Steinwess’s creations have become iconic, being the very first samples of this art form in the history of humankind. He had a designing style of his own, grabbing the viewer’s attention with the use of vivid colors, bold graphics and original typography. He made cover arts for all major genres of classical, jazz and popular music, giving a face to the music of important composers such as Brahms, Prokofiev, Tchaikovsky, and to notorious musicians including Louis Armstrong, and David Oistrakh.

The revolutionary idea of the 23 year old designer led other record companies to hire their own art directors and by the end of 1940’s all major companies were releasing albums in colorful paper, reproducing classic art or presenting their own original designs. At first photographs of the musicians were often used, but later on visual arts started to be associated with various music genres as well.

Jazz and contemporary music -the fresh music of the West those days- were associated mainly with contemporary, fresh art of the same period, while classical music was also matched with era-related paintings, hence today when you see a still-life painting of a bowl of fruit, or a big field with marvelous mountains, you know that you are about to hear some symphonic stuff at least. In the same way, abstract paintings with harsh post war influences immediately calls for bebop and its contemporaries. Today’s big record labels still follow the idea, but tweak it from time to time; it is getting more common to see classical albums with flashy, fresh out of the atelier artworks.

The musician portrait used in album covers also shift their style from decade to decade as well. Even the “solo singer pose” has a fashion depending on the era an the style of music. Most portrait/photograph-used album covers hint their style starting from the outfit/make-up, the camera angle, the background and the lightning of the subject.

The technological development of the products also had a big role in the design industry. While LP’s gave space for bold and big images carried on with very small text that still would be readable considering the size of the surface, CDs and cassettes created a totally different layout to represent music. Text areas got bigger and the often used “artwork-typography” that would cover the entire surface of an LP cover fell out of fashion due to readability. Today’s online platforms adopted the CD layout as their basis so when a band, an orchestra, or a solo artist produces a CD, it immediately matches the online profile as well. 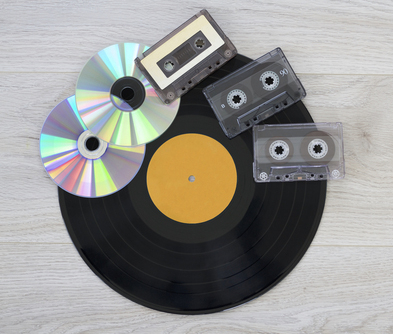 Here in AlbumCoverZone, our products are designed to match both needs of musicians. Dimensions of our album cover arts are big enough to be used HD in online music streaming platforms, they are also in printable size to become your next CD cover. For LP-sized products, you can always contact us, our designers are here to help you out with large size images suitable for your products.

Official webpage of Alex Steinweiss and his work:
http://www.alexsteinweiss.com/